Trying to update the history of K6WAE, the Ft Ord MARS station. BTW, MARS stands for Military Auxiliary Radio System which was formed to provide contingency communications support for the United States Department of Defense and Military Services.

The organization that led to the Military Auxiliary Radio System was called the Auxiliary Amateur Radio System (AARS). AARS was created in November 1925 by a few dedicated pioneers in the United States Army Signal Corps led by Captain Thomas C. Rives. His original intent was to enlist the talents of volunteer amateur radio operators who could train soldiers in the then-new technology of radio, as well as pursuing radio research and development to improve radio equipment within the Army. This support would be particularly useful during the mobilization of forces by providing a pool of trained radio operators. Their efforts were successful, and the present-day MARS program is the direct descendant of the work of those early pioneers.

The AARS functioned as such until the creation of the Military Affiliate Radio System in November 1948 with the establishment of separate Army and Air Force MARS programs, reflecting the creation of the Air Force as a separate service. The program's name was changed to the Military Affiliate Radio System on 2 September 1952, in recognition of the organization's changing nature with the growing number of civilian volunteer members. Eventually, the Navy-Marine Corps MARS program was established officially on 17 August 1962, and began operations on 1 January 1963. This followed the Cuban Missile Crisis and President Kennedy's concern for viable and extended communications capabilities.

During the Korean War, Vietnam War, Cold War and Gulf War, MARS was most known for its handling of "Marsgram" written messages and providing "phone patches" to allow overseas servicemen to contact their families at home.

The program's name was changed again to the current Military Auxiliary Radio System on 23 December 2009.

MARS has a long history of providing worldwide auxiliary emergency communications during times of need. The combined two-service MARS programs (Army, and Air Force), volunteer force of over 3,000 dedicated and skilled amateur radio operators provide the backbone of the MARS program. The main benefit of MARS membership is enjoying the amateur radio hobby through an ever-expanding horizon of MARS service to the nation. MARS members work by the slogans "Proudly Serving Those Who Serve" and "Proud, Professional, and Ready."


This is a short history of the N6IJ Station and the Monterey Bay Amateur Radio Association (MBARA). If you have any additions or corrections to the N6IJ history or the history of the Ft. Ord MARS station please let us know. Any historical photos would especially be appreciated. 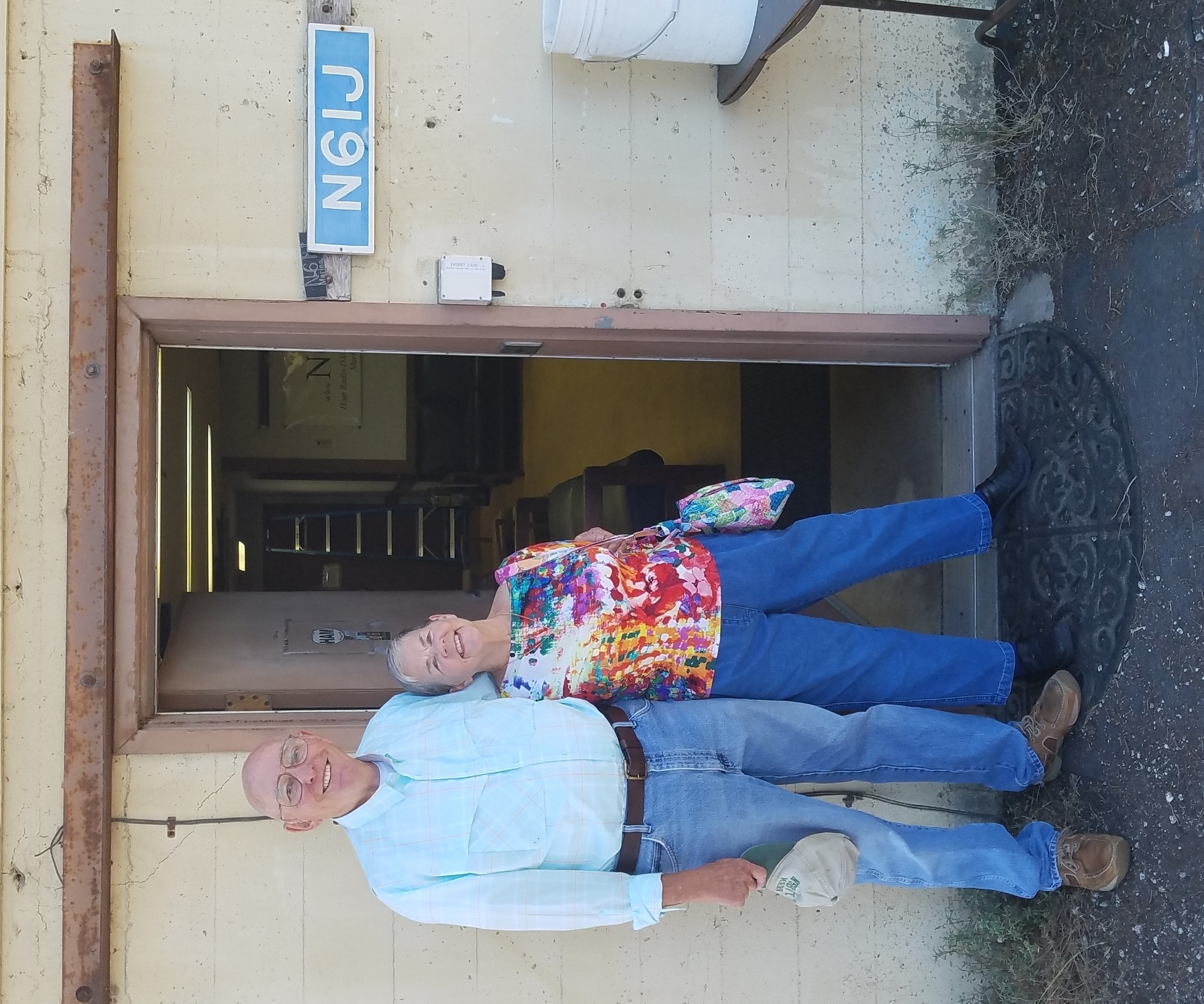 , who was the chief operator of K6WAE between 1960 to the middle of 1962. He was in town showing his wife some of the California he had experienced during his tour here. He wanted to stop by to see the station.

We met and he proceeded to tell me more about the station. He was responsible for making the MARS station operational after a long hiatus.He gave me some pictures and a map

of the area during the time he was stationed at Ft Ord. The map is very interesting, it shows the location of the MARS station and the 2 stockades. Neither of which were the current clubhouse. I was able to find an older satellite image 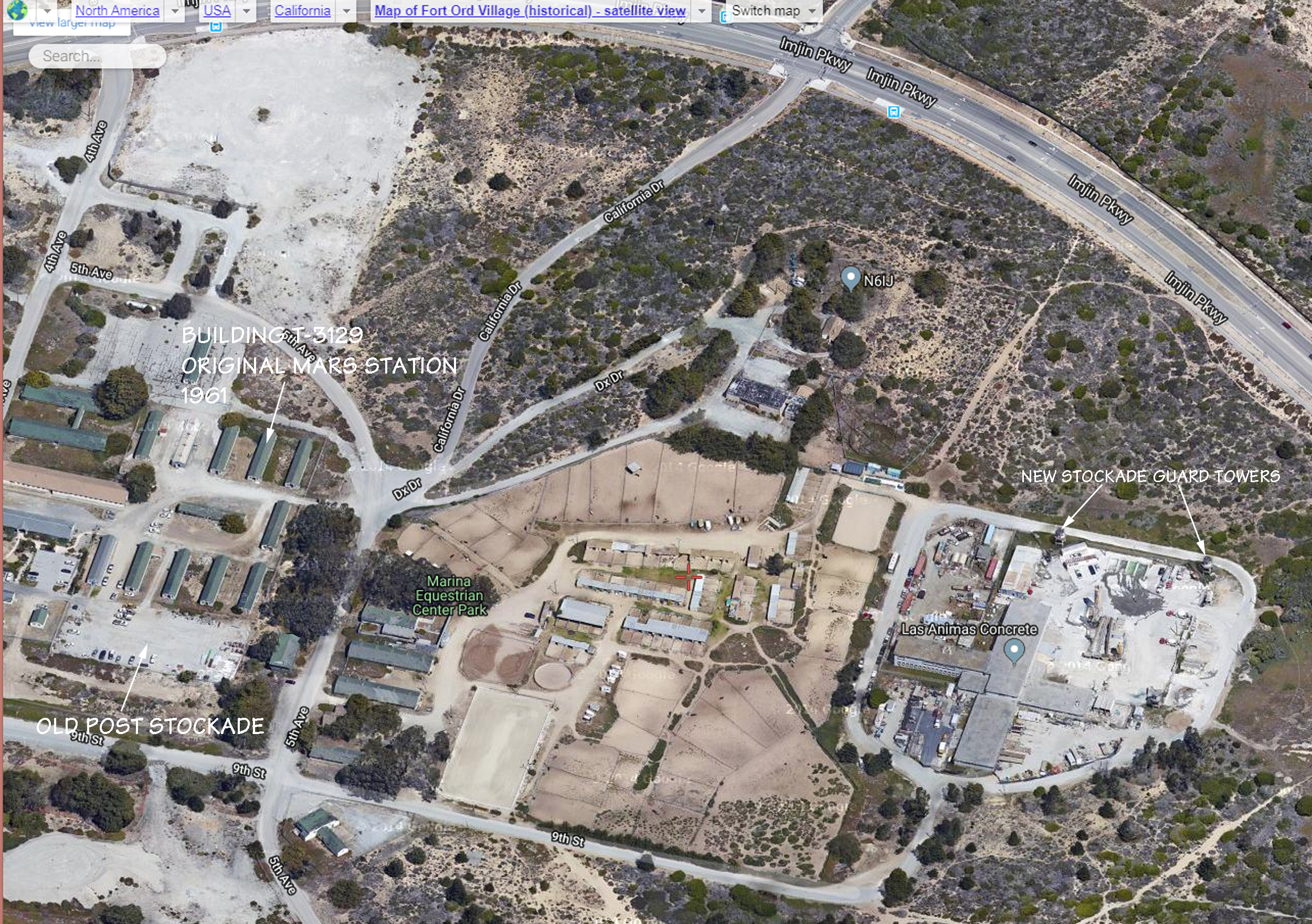 that verifies that. The current clubhouse was the location of a "secret" transmitter for the Army Security Agency. 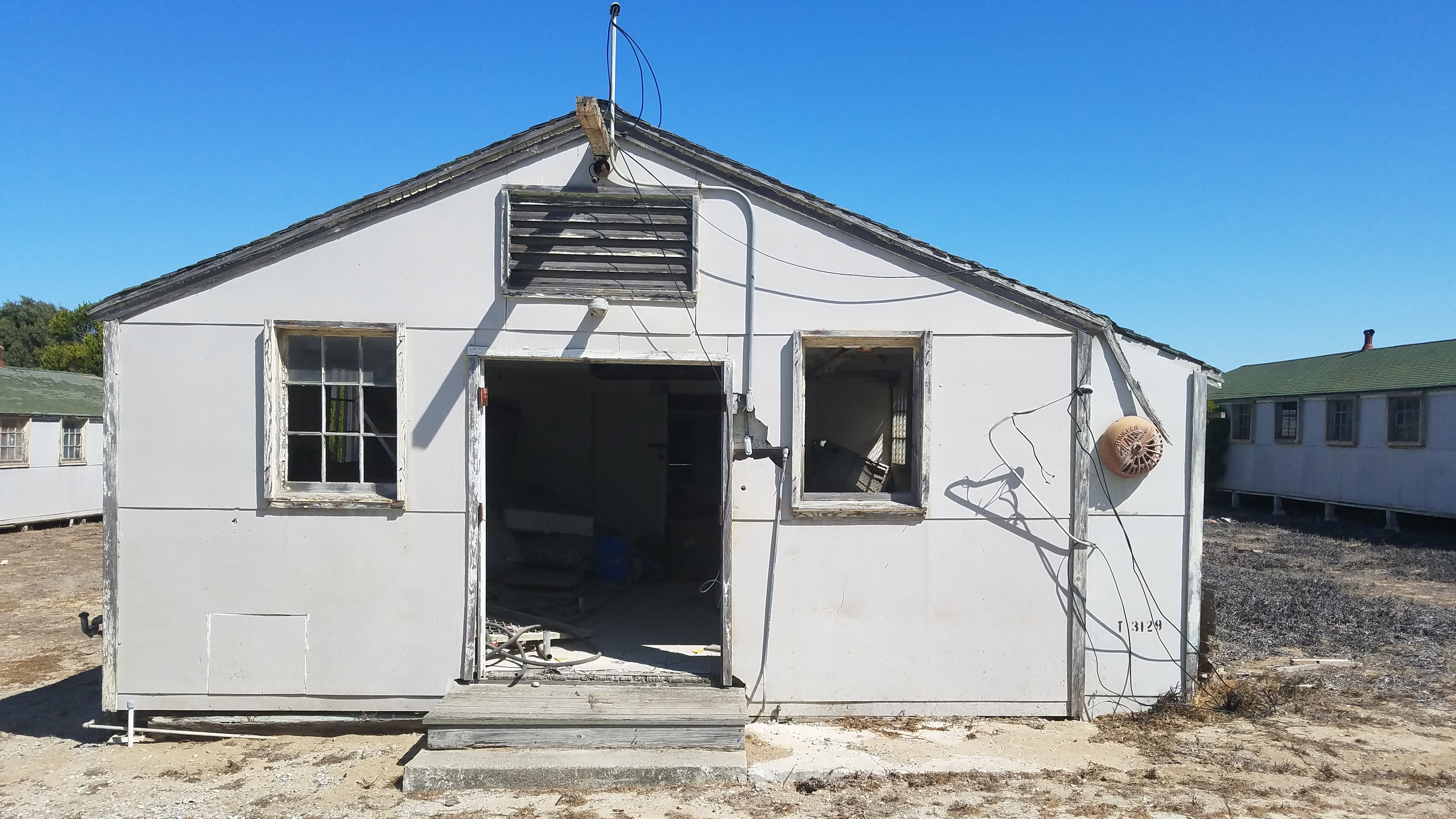 , now abandoned. The station was outfitted with surplus gear 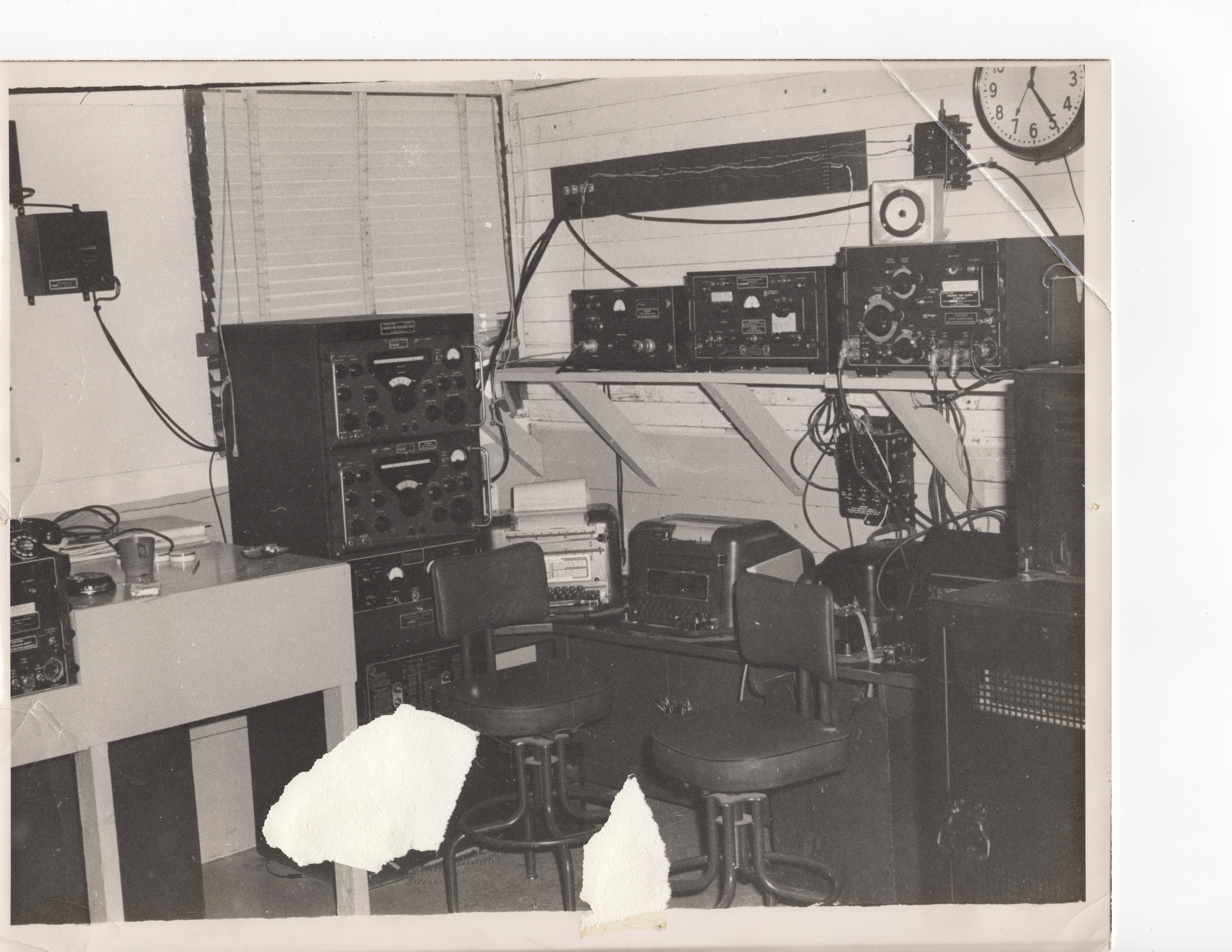 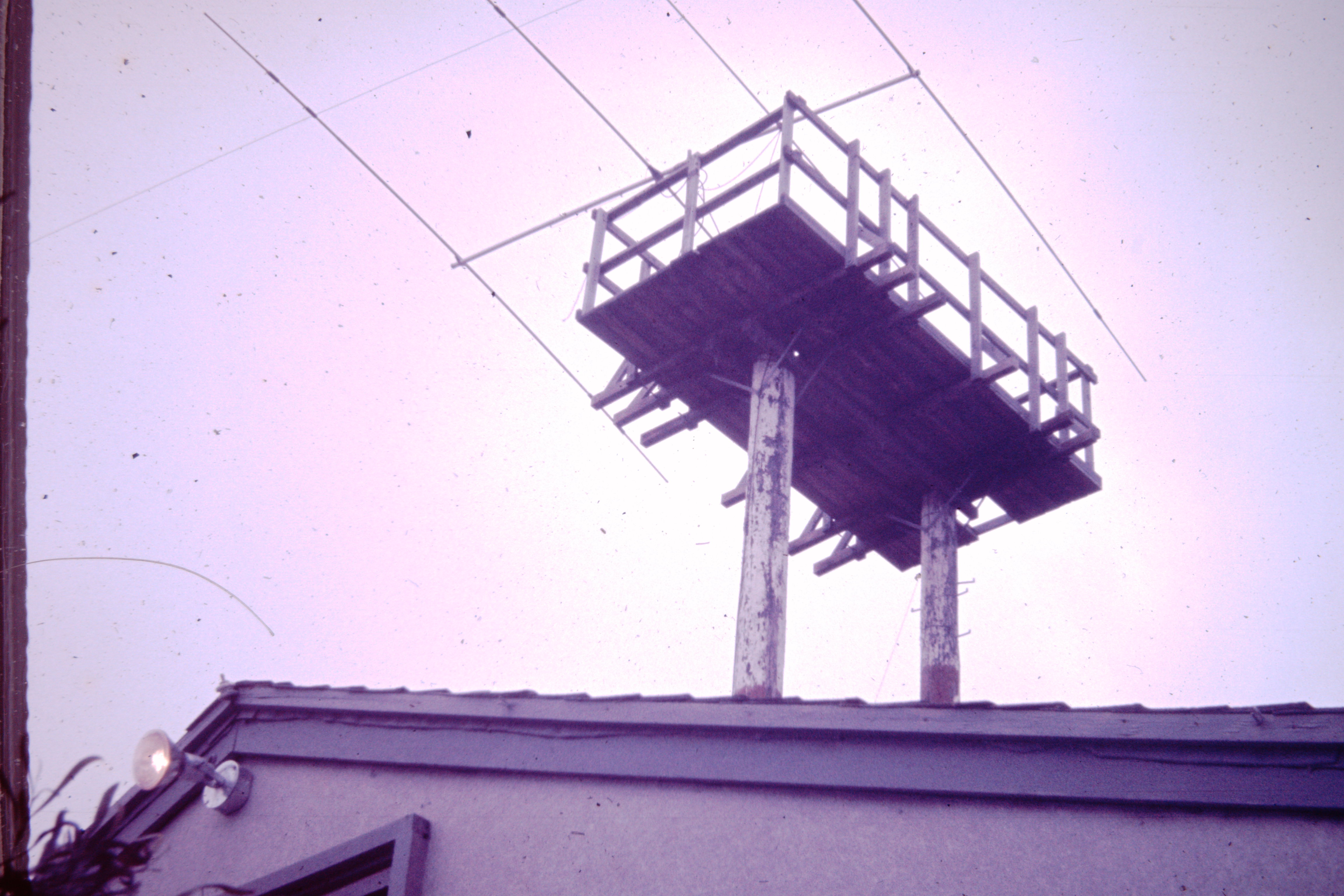 supported on 2 telephone poles. The station handled traffic from around the world and they were awarded 2 BRAT, Brotherhood of Amateur Radio Trafficker 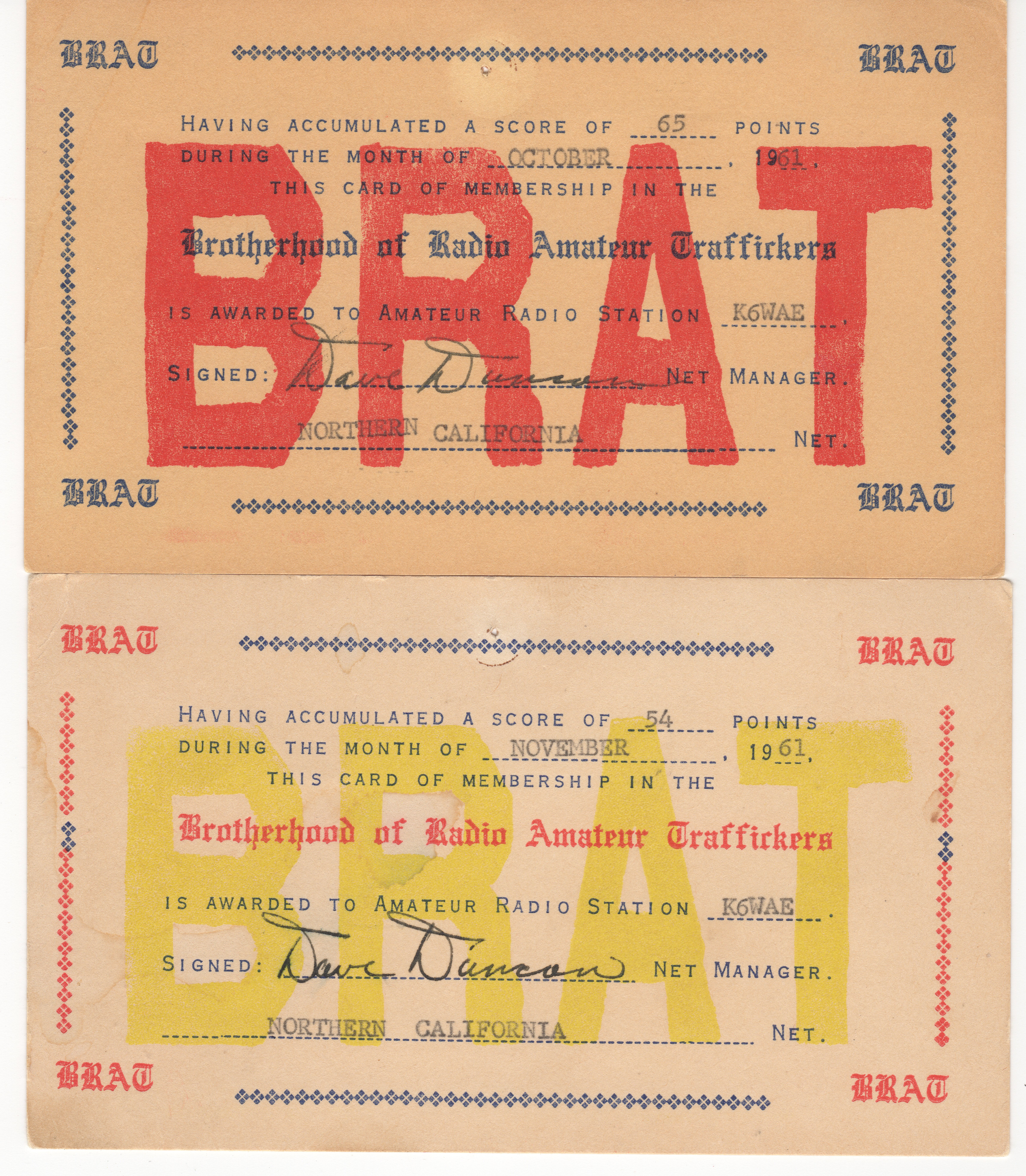 The log periodic and discone antenna are relics of the Vietnam era when the MARS station was moved to its current location. Remnants of the new stockade, 2 guard towers, can be seen at the edge of the Los Animas concrete facility from outside the clubhouse.